A few weeks ago, one of my new cycling BFFs said to me “if you can complete a century, you can do anything. And kid, you got 100 miles in you.” Perhaps I was flattered by the fact he realized how youthful I am (I’m not), but that comment made a world of difference in my mental game tackling the California Classic century ride.

I prepared like I would for any of my running events – set all my stuff out the night before, avoided looking too closely at any of the details of the route (team ignorance is bliss), and continued hydrating like a boss. I’m so thankful for friends to of done feats like this before who were sounding boards for my dumb questions:  should I bring a small external battery for my phone (yes); should I play music out loud from my phone (don’t be that girl); and do people wear throwaway clothes at the start of bike races (no one knew that answer, but it did not seem to be a thing yesterday) 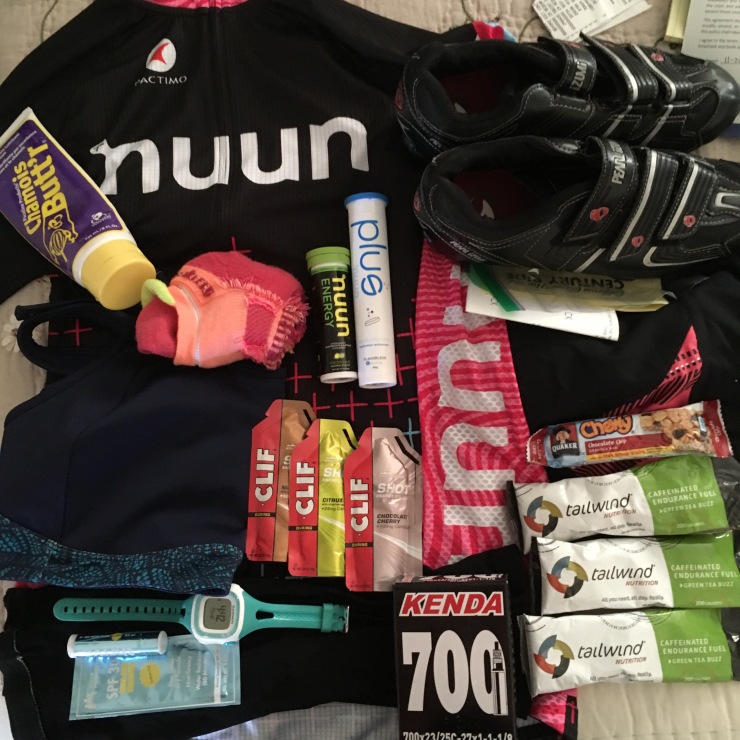 I got up at 5:15, had my usual long run breakfast, got dressed and loaded up my bike and headed off to the start line. I’m thankful this event takes place at a minor-league ballpark, so the parking was easy and close to the start line. Also, a local bike shop had a pump you up station for which I am eternally grateful because I suck at that.

It was so freaking cold at the start. Only about 48°, but in a short sleeve jersey and shorts I was freezing. I chatted with some of my spin class friends (who were doing the metric), and then we were off. We have plenty of time to finish our conversation .6 miles in, when the race came to a dead halt as we waited for a train.

The first 15 miles of the race consisted of snaking through downtown and then getting on the freeway. The first 4 miles had felt so crowded and slow, and it was amazing getting on that wide open, smooth road and cruising along for 10 miles. 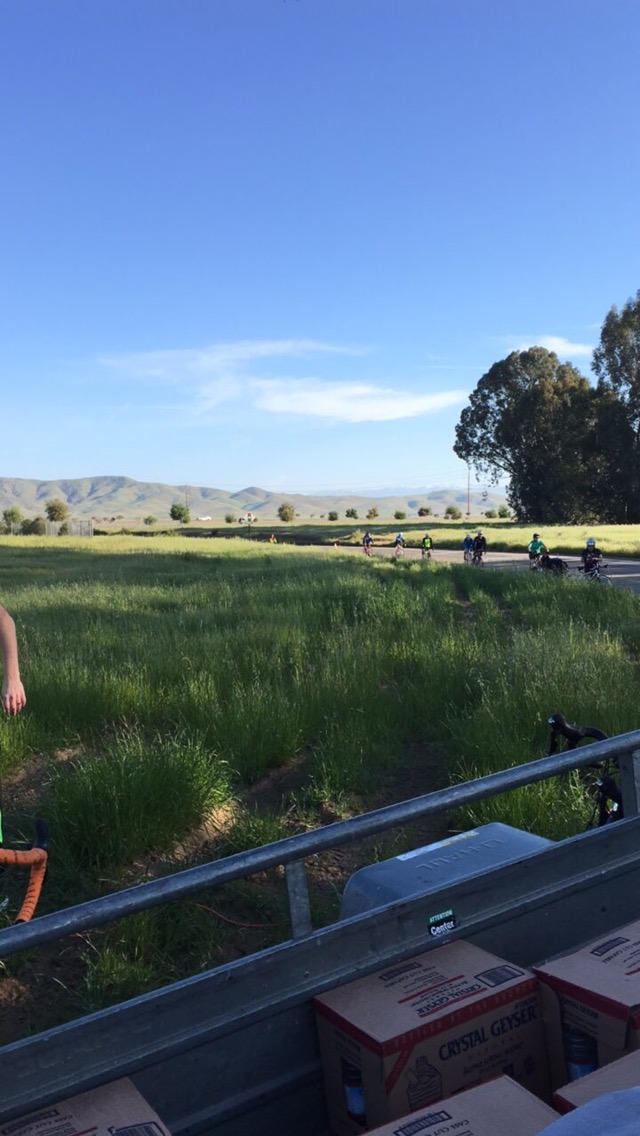 After the first rest stop (about mile 16), the mini metric headed back towards downtown well the metric and century headed out to the country. The first 30 miles were completely smooth and easy – fairly flat, fairly fast, and on roads on the outskirts of town with amazing bike lanes. I don’t remember much about this part of the race because it was smooth and peaceful and easy. 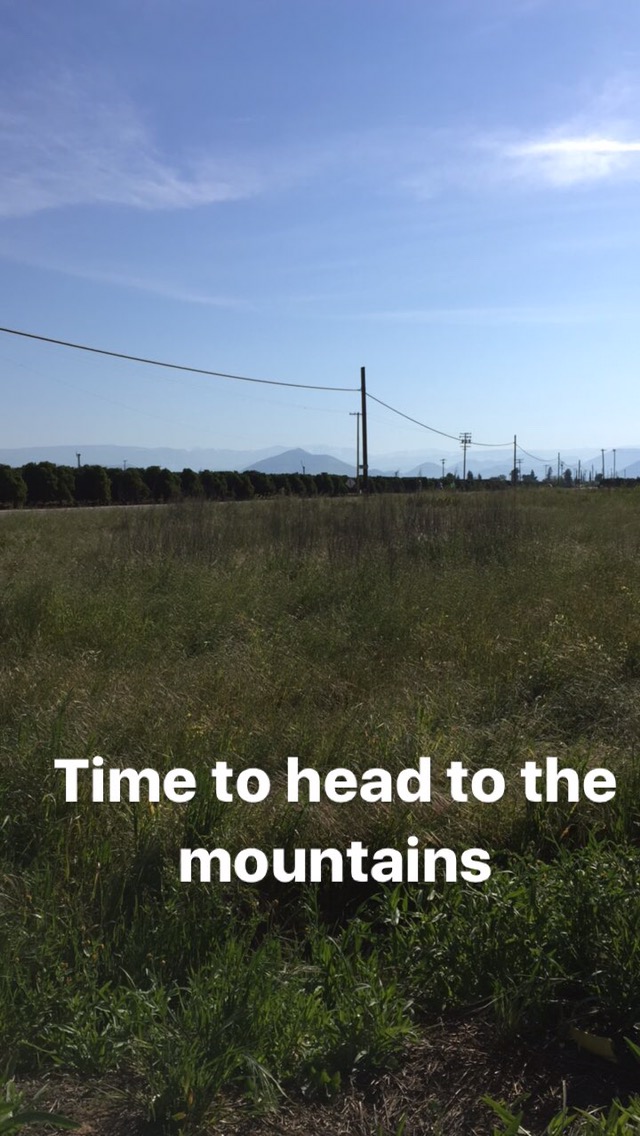 Shortly after the 30 mile mark, the metric broke off and the full century headed into the foothills. About mile 40 is when the climbing began. All of the rain California has had this winter has turned the foothills into an absolutely breathtaking landscape. I have never seen California look this beautiful. Miles 40 to 50 were the hardest. It included approximately 2000 feet of elevation gain over a few major hills. The big one – right around the 48 to 51 mile mark – was at 6 to 7% grade according to Strava. I was not alone and getting off my bike and walking portions of it.

After cresting the top of the big hill, and after a brief dissent, I made it to the next rest stop where I almost cried with happiness because they had sub sandwiches there. I’ve got nothing against uncrustables, bagels, or bananas, but hot damn that was delicious.

After this rest stop, was about 10 miles net downhill (fun!). However, at this time my booty began to hurt (chafe?) and it took a while for me to find that perfect combination between position on the bike and blessed ass numbing from the vibration on the road. The vibration on the road also did a number on my hands and trapezius muscles as well.  Ouch.

The miles between 60 and 85 were lovely. I got a antsy between trying to find a position on the bike that was comfortable for my booty, hands, and shoulders ( I never did quite achieve that), but the view was stunning and the weather absolutely perfect.
DH was volunteering for the race (he’s a radio guy), and seeing him at the mile 85 rooftop give me life. It was so awesome to roll up and have someone filling me a cup of water,  handing me a Diet Coke and offering to rub my shoulders.  It was awesome. 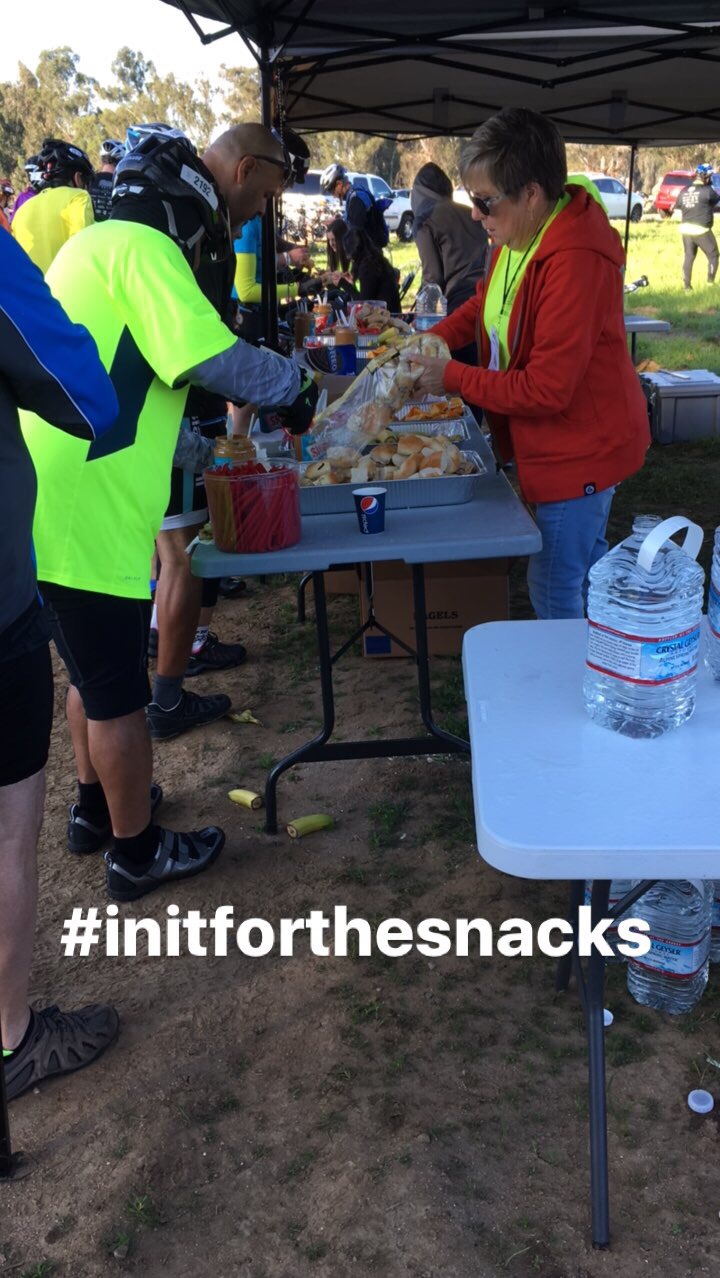 The end of the race was kind of lame. My city is not known for the charm of its urban center, and the last 7 miles were on bike lanes in afternoon traffic. The downside to this? I hit every goddamn red light–which meant I had to unclip my shoes and peel my aching back side off the seat,  only to repeat the process a quarter-mile later.

The finish line was lonely. The arch with up, and I’m thankful the beer garden for a local brewery faced the finish line so at least someone noticed I was crossing it, but there were no race representative or signs out there. So I just kept biking to my car.

I had just lifted up my bike to load it when I realized I never got my damn medal. The thought of getting back on my bicycle (my poor booty) and circling the stadium to see where the %#&@ the party was happening made me want to cry.  But I did it. When I found the  stadium entrance where they were handing out medals, I asked the girl who gave me mine why they had no one directing people to the other end of the ballpark. “Oh, it’s so late.”

I briefly walked inside the stadium to see if I could get some of the wonderful barbecue/ice cream that was promised, but they were taking everything down a full one hour before the brochure said they would close everything, and a half hour before the cut off time for the race.

Thanks to my husband (the radio guy) I know for a fact that over 30 people finished after I did.  WHY IS THERE NO LOVE FOR THE SLOW

Overall, it was a gorgeous race and the weather was perfect.  So the lack of food is a bummer, but within 15 min I was home eating enchiladas which was awesome.

Speaking of awesome–the dread I felt getting on a spin bike to teach this morning was not.  One full week of “rest” (lol) before training for Santa Rosa begins!

2 thoughts on “100 Miles of Keeping it Classic”

Error: Twitter did not respond. Please wait a few minutes and refresh this page.

We Shall Have Pie

2 Girls Running for Pride and Pie

What would you do for pie?

Newlyweds finding their way in NYC.

From Florida to North Dakota

The Road To Thousands of Miles Running for the SOWF

Enjoying the world one day at a time

Reviews, Races, and Ramblings of a Weekend Warrior

Musings and projects of an amateur seamstress

A Life in the Word

Fix these words of mine in your hearts and minds; tie them as symbols on your hands and bind them on your foreheads. Teach them to your children, talking about them when you sit at home and when you walk along the road, when you lie down and when you get up.

A mother runner's tales of chaos and harmony from Minnesota dairy country.